Three hopeless VAR referees at Stockley Park end up in hot water after a string of bad decisions and a leaked TikTok video turns their world upside down. 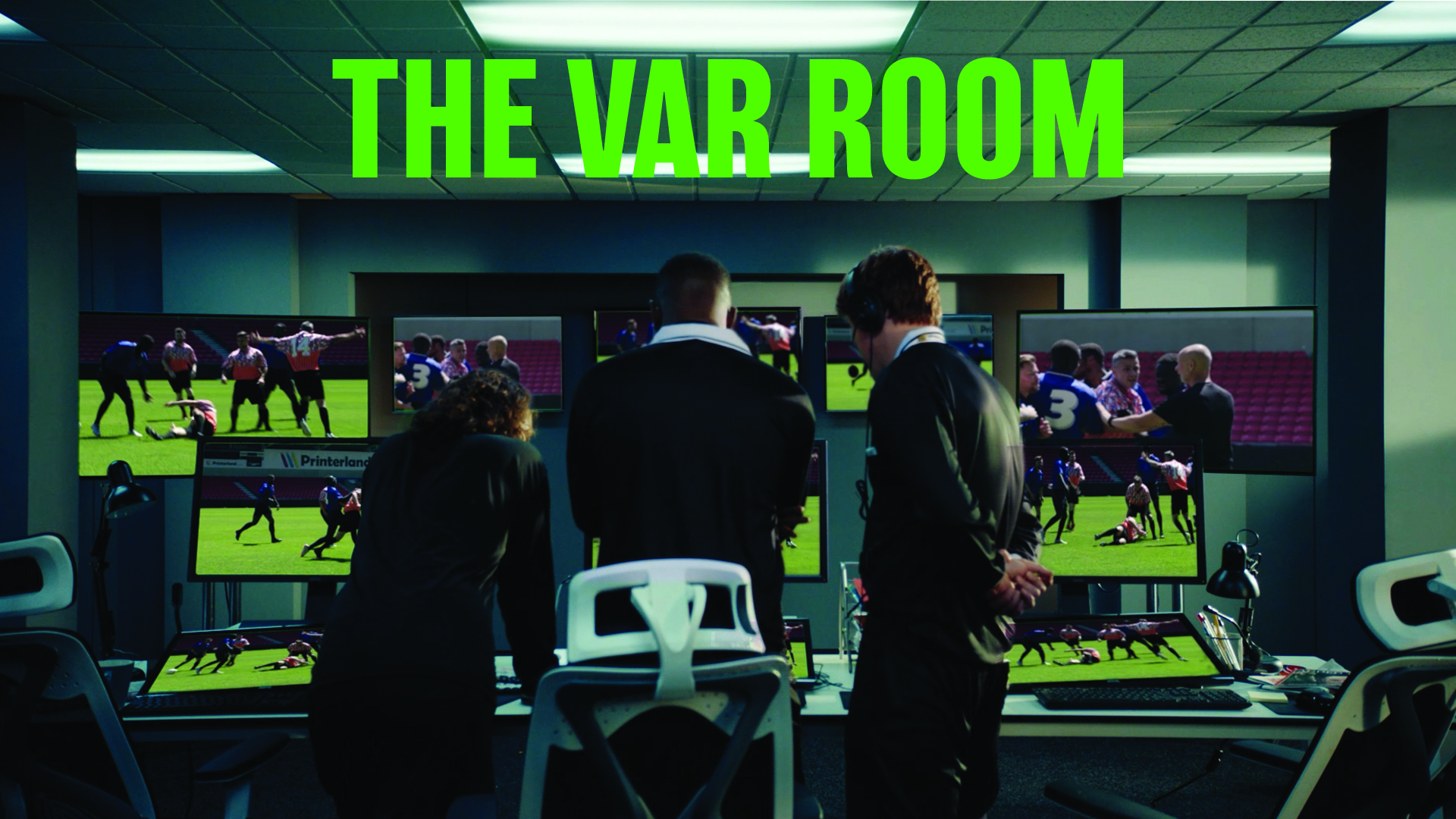 1. Go With the Heart: Brian, Andre and Gary are possibly the worst VAR team in the world. After a terrible decision during a game leads to a chaotic pitch invasion, department manager Martin brings in a very special guest to give the lads a pep talk.
2. The Germans Are Coming: When Brian, Andre and Gary miraculously find themselves reffing the Euro’s, they are closely monitored by an intimidating German UEFA official, Hans. But when a rogue TikTok recorded in the VAR room accidentally goes viral, exposing the VAR team as totally incompetent, they have some explaining to do...
3. Moping: Now unemployed, the VAR lads and Martin try to adjust to normal life. Brian and Gary hit the local boozer and Martin retrains as a ‘proper’ referee. When all seems lost, they find a crucial piece of evidence that could be the key to reclaiming their seats in the beloved VAR room.
4. The Final: Newly reinstated in the VAR room, Brian, Andre, Gary and Martin look forward to ref’ing the final of the Euros - the biggest game of their careers. But when Andre, the only true talent in the group, falls sick after eating the dodgy canteen goulash, Martin must step in to save the day.