A moving family drama of love and loss 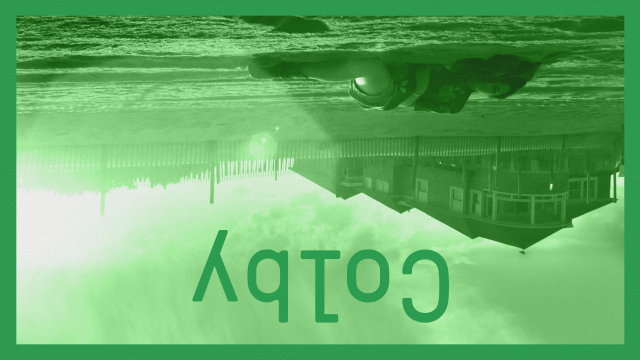 Stranded in a small beach town, a troubled young drifter breaks into a wealthy home and cons her way into the good graces of the family that lives there.

Fairhope Film Festival - Official Selection
Cast
Stephanie Brait
Stephanie Brait was born in Boston, MA. From a young age she immersed herself in acting, writing, music and dance. She attended the College Conservatory of Music on a full scholarship for her BFA. Her career and explorations have allowed her to darken stages and sets in Boston, New York, Cincinnati, Louisville, Dublin, Paris, Edinburgh and Los Angeles where she currently resides.
Miranda Levitt
Miranda Levitt was born in Philadelphia where she started performing, studying at the Creative and Performing Arts High School and The Walnut Street Theatre. She continued her acting studies at the William Esper Studio in New York City. Miranda has worked with directors such as Alex Karpovsky and Martin De Thurah and she has been a long time collaborator with director Alex Markman.
Matthew Dixon
A lifetime member of the Actors Studio, Matthew Dixon played the lead in the feature film Hell’s Kitchen, which won awards at South by Southwest and was selected for the Brussels International Film Festival, among others. Additional leading feature credits include Ratchet, selected for the Toronto and Hamptons film festivals; You Are Here, Hamptons, Santa Barbara, Bangkok festivals; True Convictions; and Murders and Acquisitions. Television work includes guest leads on Law and Order, Ed, HBO’s Empire Falls, One Life to Live, Another World. He was an original member of New Voice Theater Company and Cooper Square Workshop as an actor, playwright and director. He has performed in over thirty plays in New York, Los Angeles, and regionally. He recently sold a television pilot to HBO which is now in development there, and is about to direct the short film of his script, The Eviction, with Christopher Eccleston in the lead.
Colby, an independent young woman backpacking around the country, finds herself on the road with a guy she meets at a bar. Looking for kicks, they travel to a small beach community and break into a wealthy vacation home.
Colby snoops around, more interested how the other side lives than in stealing from them. She examines a family photo of a mother, father, and their teenage daughter, all smiling relaxed on the beach. When the cops show up, Colby manages to escape but her companion is arrested. His car, which holds Colby’s bag, is impounded.
As fate would have it, Colby meets the homeowner - dad - at a local bar where she’s hustling some of the patrons. Recognizing him from the photo, Colby sidles up to him at the bar. A night of drinking ends back at the house Colby broke into the previous night. The next morning, Dad hurries Colby out of the house before his family arrives for the weekend.
A spurned Colby leaves for a little while, but an unseen force pulls her back to the house. She’s greeted at the door by mom and daughter. Colby spins a tale to win their sympathies and it works. They invite her in to stay with them. Dad’s hands are tied; what can he say?
Their sheltered daughter Samantha is enamored by Colby’s free-spirited ways. Opposites by many standards, but each a loner of sorts, they quickly become friends. When a night out ends in a seedy motel room with a couple of guys looking for a good time, it becomes clear that Colby’s exploitative tendencies run deep.
When Colby can finally collect her bag, leave town and the family she so desperately craves, she makes a choice to confront her demons. She returns to the house once more to surrender herself to two loving parents, a decision that will surely end for the worse.

Alex Markman is a Brooklyn-based, New Jersey-inspired director whose keen eye captures the idiosyncrasies in all of us. His work ranges from narrative, to commercial to music videos. He currently is a director at Ghost Robot. Colby is his feature film debut.

A Florida native, director/producer Jake Fuller lives and works in New York City. He comes from the scrappy and inventive world of comedy television where every dollar counts and good vibes are important on set. Jake has worked as a producer or production manager on numerous TV shows such as Broad City, TBS’s Search Party , The Jim Gaffigan Show, Difficult People, and the upcoming Comedy Central series The Other Two. Colby is Jake’s feature film debut.

Halavah has directed and produced web series for sites like CollegeHumor, Above Average, and Flama as well as national commercials and branded new media - including a Telly Award winning spot in the “Branded Content – Viral” category. In addition to Colby , he was a producer on the documentary These Storied Streets, which premiered at the 2014 Traverse City Film Festival. Halavah and his his brother are currently wrapping up production on the directorial debut of their first feature length documentary.

After her first job on a Bollywood movie, Alex spent several years in the big budget world working on projects including The Bourne Legacy, The Secret Life Of Walter Mitty, and HBO’s Girls. Alex’s first feature producer credit was on the film Colby. 2017 marked the world premieres of two of her other films; Jim McKay’s feature En El Septimo Dia and Becks. Alex serves as producer and head of production at Irony Point where they are currently in production on the upcoming Netflix series The Break with Michelle Wolf.