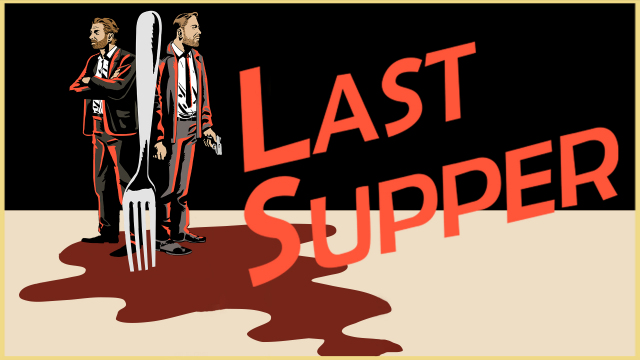 New York City, late night. Two hitmen share a meal. Vincent, the mark, has from appetizers to dessert to convince McCarthy not to kill him. In this game of cat and mouse, situations aren't always as they appear, and people aren't always who they seem be.

Cast
Jim Parrack
Jim Parrack, born February 8, 1981, is an American actor. He had a starring role as "Hoyt Fortenberry" in the HBO series, True Blood, and appeared in the film, Battle Los Angeles, which was released in March 2011. He currently stars in the Broadway production of John Steinbeck's novel, Of Mice and Men, in which he plays the character "Slim". The play also stars James Franco, Chris O'Dowd and Leighton Meester. Parrack was born in Allen, Texas on February 8, 1981. He attended the co-ed Allen High School for secondary education. In 2001, Parrack moved to Los Angeles, California, where he studied acting at The Stella Adler Academy and then at the Playhouse West.
Sam Hazeldine
Sam Hazeldine, born 29 March 1972, is an English actor. He has appeared in numerous blockbuster films, including Bridget Jones: The Edge of Reason, The Raven, The Hitman's Bodyguard, as well as playing "George Sewell" in the hit U.K. TV series Peaky Blinders.