The Grass is Singing 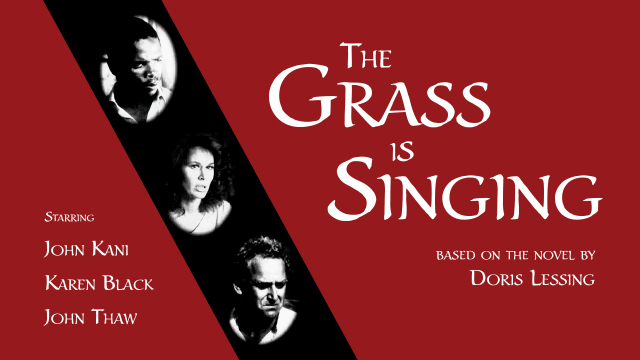 Nobel Prize-winning Doris Lessing was at once an author, poet, playwright, librettist, biographer and staunch political commentator. This acclaimed adaptation of her iconic first novel captured these talents.
Both poetic and polemical, Lessing exploded onto the literary scene with her first novel in 1950. Set in her native Rhodesia, it boldly lifted the lid on themes of psychology, racism, feminism and colonialism. Brought to the screen in 1981, critics around the world praised the film as "brilliantly reflecting the uncommon insight of Lessing's work".