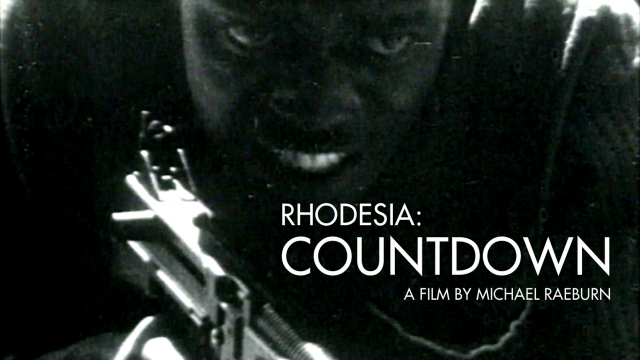 This film explores the conflicts within Rhodesian society in 1969. The "Countdown" theme demonstrates stage by stage, the levels of indignity, injustice and degradation one black man endures before finally starting to fight back against his white master. Using actors to tell different parts of the story, Raeburn's film gives an insight into typical attitudes in the society at the time.
There is the wealthy white man who keeps young black boys as servants, and thinks he can effectively abduct a black woman by offering her money. Her husband searches in vain for her, only to be accosted by a white official who lectures him on all that the white people have done for the country. There is also a group of journalists discussing the segregated politics and whether blacks have the right to vote. When the black man finally cracks and resorts to violence, there is a lone white girl defending his right to justice. Throughout the story, the cultural and social divide between the whites and blacks is evident. Comparisons are drawn between the rich city centre where whites live, and the slums on the edge of the city where the blacks' homes are. Whites hold official, well-paid and prestigious jobs, when the blacks are labourers. Whites are always the masters. The overriding conclusion is that the blacks have two choices: "We have can either accept a permanent state of inferiority, or to defy the government. We choose to defy the government." Produced by Scorpion Production.