Watch out, Little Donnie's about... 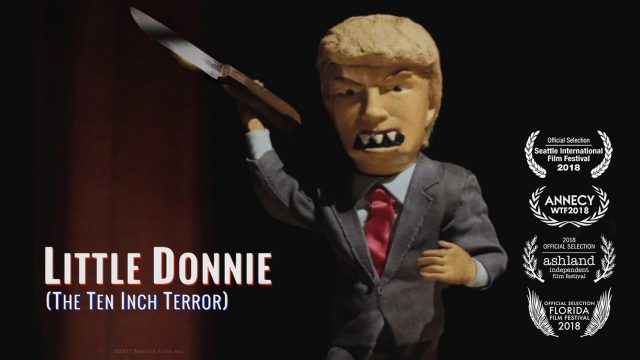 An animated Trump doll goes on a rampage in this timely parody of a 1970's horror film.

Little Donnie is a dark parody of the 1975 made-for-TV horror film, Trilogy of Terror starring Karen Black. In the original movie, Black plays the victim of a knife-wielding Zuni fetish doll that comes to life and terrorises her. In Little Donnie the Indian doll is replaced with a stop motion animated, rhetoric-spouting Donald Trump doll and the Karen Black character becomes a representation of the "every woman" in the age of Trump.